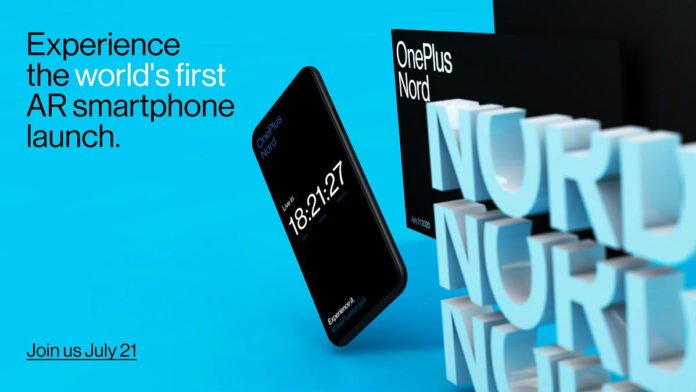 The OnePlus Nord is priced Rs 24,999 onwards and is available in three variants and you get the choice of Blue Marble and Gray Onyx colour options.

It is hard to get excited about something that is very frequent. That’s pretty much how phone launches work these days. It is all a sea of sameness. And numbers. In the midst of all that, every once in a while, along comes a phone that really gets your attention. Not just because it is trying something different. Not just because it may be affordable. It is often said that history repeats itself. In a positive and a negative sense, it works both ways. History is exactly what OnePlus looked at closely over the past few months. In the most positive sense. Perhaps to search for meaning. Maybe to look for a direction. Which reminds me, I must search for meaning and direction too. Anyway. In the end, the journey took OnePlus back to a few years ago when they launched the OnePlus One, amidst much sense of amazement. A phone that cost much less than the expensive Android flagship phones cost then (or have always costed) yet offered a similar user experience. It changed the direction of Android smartphones as we know them. We need something like that right now, more than ever. Enter, the OnePlus Nord. A reboot as perfect as there could have ever been.

Many OnePlus rivals may not take kindly to this, but we needed a phone that was genuinely affordable and actually delivered a premium smartphone usage experience as a whole—not just specs. That means a premium build (not just claims of glass and metal), very good cameras (not just throw megapixels back in our face) and slick software (no preloaded clutter and bloat). That neatly leads us to the OnePlus Nord, the latest and greatest OnePlus phone yet, all things considered. With price tags of Rs 24,999, Rs 27,999 and Rs 29,999 and what it offers in terms of specs and the experience, the OnePlus Nord is actually threatening the well-being of a lot of the more expensive Android flagship phones. For most users, the OnePlus Nord will be more phone than they need. And it will not damage their bank account to procure either.

OnePlus also says they have made as many as 300 under-the-hood optimizations to make the OnePlus Nord work smoothly. These include OxygenOS updates, tweaking of visual elements, animation optimizations, changes to multi-tasking menus as well as 2048 brightness levels for smoother changes and more eye comfort. The OnePlus Nord will receive software updates for 2 years and security updates for three years—this is in line with the more expensive OnePlus 8 and the OnePlus 8 Pro phones as well. On the face of it, OxygenOS on the OnePlus Nord looks the same as the OxygenOS on the OnePlus 8 and the OnePlus 8 Pro. There is really no cost cutting on the visual and the user experience with the OnePlus Nord and I cannot stress enough that its priceless. There are no preloaded apps that add to the clutter or bloat or even privacy issues, and this clean experience has always been OnePlus’ way of doing things with their phones. And a big advantage over many of its rivals who struggle with bloatware.

The one area where OnePlus Nord differentiates from the OnePlus 8 series is the storage type. While the OnePlus 8 series gets the UFS 3.0 storage, the Nord has to make do with UFS 2.1, irrespective of whether it is the 128GB or the 256GB storage variant. OnePlus at that time had claimed that the much faster UFS 3.0 storage offers up to 125% faster read and write speeds. I’ll stick my neck out and say you will just not feel any difference in the real-world usage with the OnePlus Nord, because everything is just snappy and fast. Including gaming, which exhibited no signs of lags, slowdowns or stutters even if the Fnatic Mode was not activated.

The large 4115mAh battery takes advantage of the WarpCharge30T Fast Charging feature—a fully discharged battery will charge up to 70% in 30 minutes. There is no wireless charging though, but really, I don’t care.

As far as the cameras go, the OnePlus Nord leads the quad camera setup at the back with the same 48-megapixel Sony IMX586 sensor that also does the photography duties in the OnePlus 8. This has the large f/1.75 aperture and optical image stabilization. Joining in are an 8-megapixel ultra-wide camera, a 5-megapixel depth sensor and a 2-megapixel macro camera.

For once, out of the box, the cameras are absolutely brilliant. Photos in good light look very detailed, crisp and show off the sort of dynamic range that you would expect from an optical setup as capable as this. The finer details are picked out very well. Colours are rendered brilliantly as well—for instance, the different green shades on trees are distinguished extremely nicely. Then there is the 48-megapixel mode for photos that might require a bit more detailing and the OnePlus Nord just delivers very well on that front too—you can zoom in on these photos to really get the finer details that you perhaps wanted.

In terms of video, there is just one limitation—this tops out at 4K 30fps for the rear cameras, though you do also get the 4K Cine 30fps which refers to the wider 20:9 aspect ratio videos. That is a bit of a downer if you were looking forward to 4K at the smoother 60fps though. The front cameras can record 4K 60fps videos. If 60fps for 4K isn’t something you are cut up about, the OnePlus Nord delivers on the video front as well. Though you sometimes need to manually work the focus in case of changing ambient light.

Front cameras are even more relevant than before since we are spending more time in video calls and video meetings these days, and there are the 32-megapixel and an 8-megapixel ultra-wide camera combining for your video calls and selfies. In fact, the ultra-wide camera has a 105-degree field of view—hopefully, all your friends will fit in. The front cameras however tend to struggle a bit with exposure in case the lighting around you isn’t perfect—and that is particularly true for video calls. It has improved significantly in the couple of updates that have rolled out since, but in comparison with the 40-megapixel Samsung Galaxy S20 Ultra for instance, it is comparatively still not as dynamic or bright. Still being the operative word, because updates can and will most likely set things right soon enough.