Switching from iphone to android is often jokingly referred to as going over to the ‘dark side’. Of course, there are people who switch but those numbers perceivably remain far and few in between. However, Samsung has launched a new app that can turn iPhones into Galaxy smartphones.

“You’re about to get a little taste of Samsung, without changing phones. We can’t replicate every function, but you should quickly see that there’s nothing daunting about switching to the other side,” Samsung explained.

Called iTest, it is a web app that simulates the Android — specifically Samsung Galaxy — experience on an iPhone. Once you land on the iTest website, you will be asked to add the icon to the iPhone home screen. If you do that, it launches like any other app and takes you through what an Android interface and experience feels like.

There’s also a folder called “Popular apps” which on opening sends out a prompt which reads, “Don’t worry, all the apps you love are available. Because let’s be honest, most of them are Google products and we’re good buddies with those guys.”

To be fair to Samsung, it has done a nice job as the app lets you do quite a few things. You can change the themes, browse through the Galaxy Store and even experience Samsung’s camera app. You also get a few simulated notifications once you are in the app. Strangely, the website has a “.nz” extension, which could mean it’s in test phase in New Zealand. However, as we tested, you can use the app anywhere in the world to get an idea of the Samsung Galaxy experience.

It’s a fun little app that can give you a taste of Android if you are on the iPhone. To get back to the iPhone, all you need to do is simply close the app like you would do with any other.

In an attempt to woo iPhone users towards Galaxy-branded smartphones, Samsung launched a new iTest app (via MacRumors), which essentially gives a brief rundown of the OneUI 3.0 experience. All one needs to do is head over to the official iTest website via a web browser. However, it requires an iPhone 7 (or newer) device to run. There, you get a quick tour of the One UI 3.0 interface via commonly used apps such as Messages, Gallery, Samsung Health, Galaxy Store, and more. You even get to browse through the camera app’s UI. 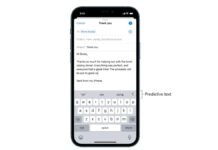 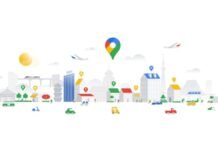 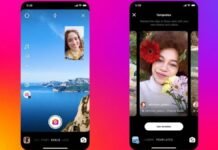