Before whats app was invented  Telcom users used to spend ₹1 in india for each text message. Whats app was invented in the year 2009 by Brian  acton and jan koun for messaging using internet . From 2014 it is owned by facebook  . In advance to messaging what apps  also provides   voice calls, voice messages, video calls , sharing location, photos and videos  features to its users. All features in whats app are end to end encrypted .

In other words two persons are chating about purchasing  a car in whats app then this information is taken facebook and shows advertisements of car companies on facebook.

Signal is a  company owned  by Brian Acton who is one of the founder of Whats app. Which is mainly involved in symmetric encryption of whatsapp and telegram.signal is best altervative for whatsapp.Elon Musk tweeted about using signal app instead of whatsapp.

Harmony Os Is Alternative For Android 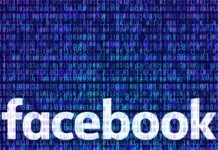