5G is the next generation of wireless networks and promises a mobile experience that’s 10x to 100x faster than today’s 4G networks.

We say the word promise because we’re in the early days of 5G. When more smartphones and networks support 5G tech, it will have far-reaching consequences for consumers, from the cars we drive (or that drive us) to the food we eat to the safety of our roads to the ways we shop to the entertainment we share with family and friends. And that doesn’t include things we haven’t yet imagined because we’ve never had the capability to unlock those new scenarios.

Today, 5G may seem confusing even as it’s widely hyped. We’re here to help you sort fact from fiction, weed through the acronyms and jargon, and figure out when and how 5G can change the way you live. And we’ll keep you from getting caught up in hyperbole — and empty promises.

After years of hype and a bumpy first year of launches, carrier 5G networks are here. The technology is supposed to change your life with its revolutionary speed and responsiveness. But before we get into that, it’s important to understand what it is, when and how it will affect you, and how to distinguish between (the still growing) hype and reality.

Last summer, CNET held a massive speed test of 5G networks around the world, spanning from Chicago to London to Sydney to Seoul. The results were a mix of ludicrous speeds, but limited range and spotty coverage. Conversely, you would see wider coverage with a modest bump in speed. You also saw devices like the Samsung Galaxy S10 5G roll out. The early generation of 5G phones boasted impressive speeds at times, but we cautioned against buying them because of compatibility issues and other problems that arise with new technology.

Things are certainly getting better — carriers continue to expand 5G coverage into more cities, and new devices compatible with multiple networks are coming out. But just how quickly that life-changing aspect of 5G will arrive remains up in the air. That’s exacerbated by the novel coronavirus, which has locked down millions around the world, potentially slowing the 5G rollout and dampening consumer enthusiasm for pricey new devices, even with those stimulus checks.

All this means 5G is slowly inching from years of promises — ever since Verizon talked about moving into the area four and a half years ago to AT&T kicking off the first official mobile network at the end of 2018 and T-Mobile going nationwide in December — to becoming reality for more than a handful of early adopters. Beyond a big speed boost, 5G has been referred to as foundational tech that’ll supercharge areas like self-driving cars, virtual and augmented reality and telemedicine services such as remote surgery. It will eventually connect everything from farming equipment to security cameras and, of course, your smartphone.

But what exactly is 5G? Why are people so excited? The following is a breakdown of why the next generation of wireless technology is more than just a boost in speed. (If you’re really interested, check out our glossary of 5G terms.) 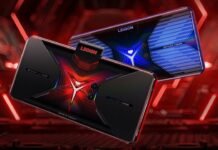